The High Level Panel on Illicit Financial Flows from Africa, chaired by Thabo Mbeki, was established with a mandate to shed light on the scale of IFF in the continent. I served as a consultant on the report produced by the High Level Panel that was subsequently endorsed as a Special Declaration by the African Union at its Twenty-Fourth Assembly (Assembly/AU/Decl.5.(XXIV)).

I regularly engage with policy-makers on the topic of IFF. I was part of the Second Expert Meeting on Statistical Methodologies for Measuring Illicit Financial Flows (jointly organized by UNCTAD and UNODC). I have also presented at the United Nations Economic Commission for Africa’s Inception Meeting on Preventing Trade Mis-invoicing in Selected African Countries, and for the Technical Committee of the High Level Panel.

Trade misinvoicing is an illicit practice designed to move money in and out of a country through the deliberate falsification of customs invoices at import and export. Motivations for trade misinvoicing include laundering money, financing terror, evading taxes and tariffs, exploiting subsidy regimes, circumventing capital controls, and escaping domestic regulations.

I have consulted for the United Nations Economic Commission for Africa to develop the organization’s new methodology to estimate trade misinvoicing (with William Davis and Gamal Ibrahim).

The “atlas of misinvoicing” is an original database of bilateral estimates of misinvoiced trade disaggregated by commodity sector for 167 countries during 2000-2018.

The “atlas” shows that Africa lost on average $86 billion a year between 2000 and 2018 in trade misinvoicing. 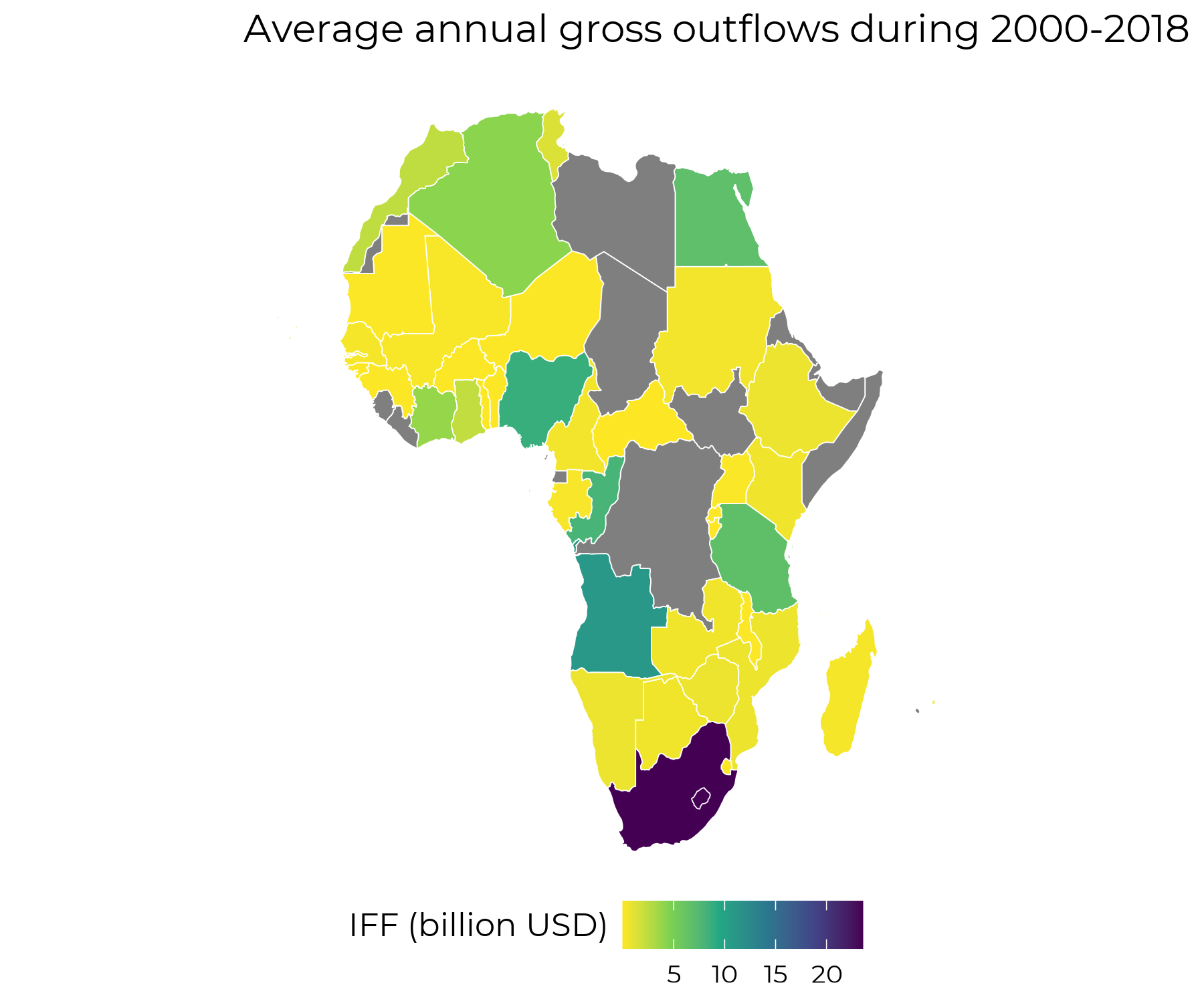 The natural resources sector was the most misinvoiced on the continent during 2000-2018. 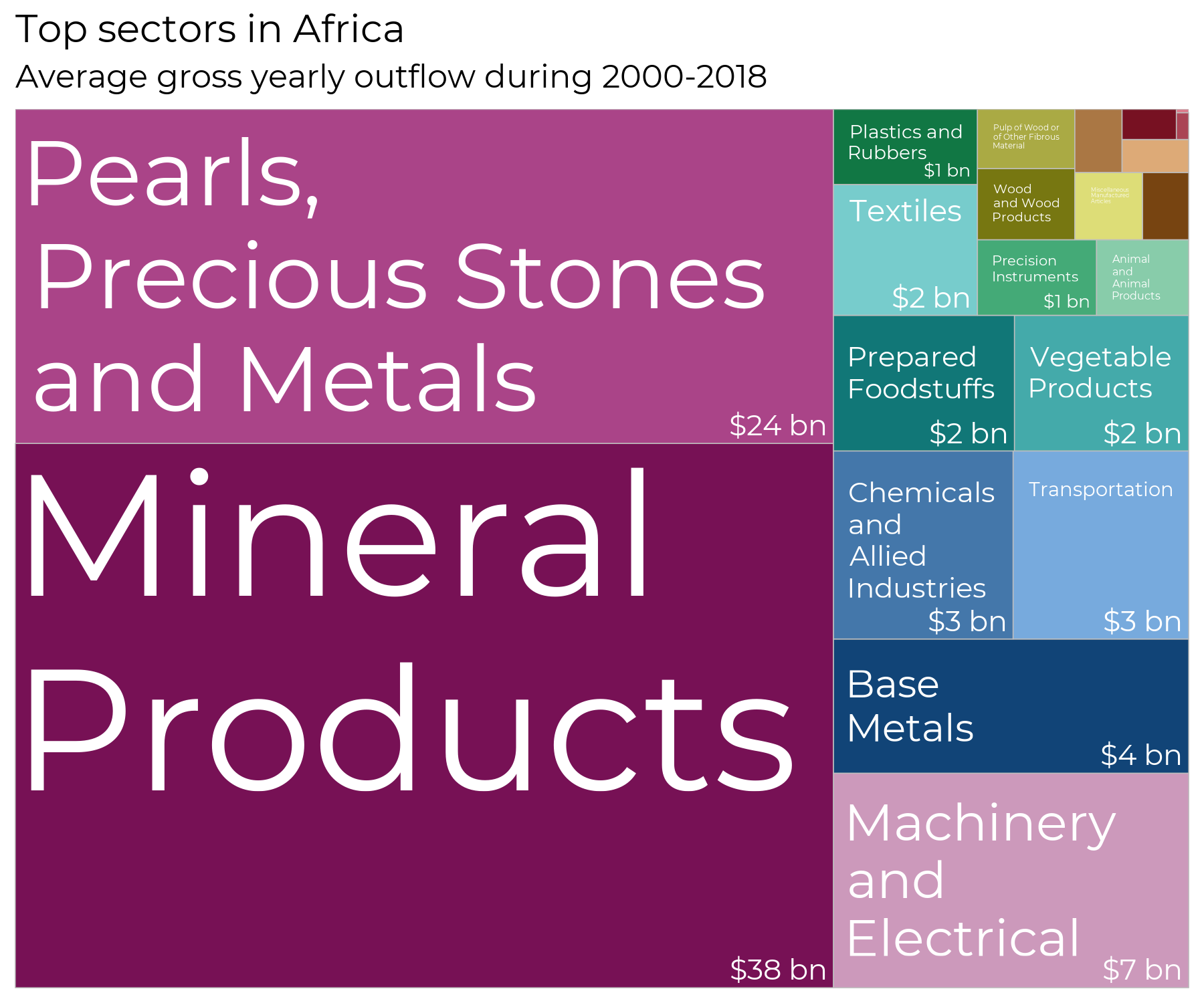 The “atlas” database also provides disaggregated estimates of trade misinvoicing by sector, which can help researchers and policy-makers identify the bilateral relationships and sectors that merit further investigation. 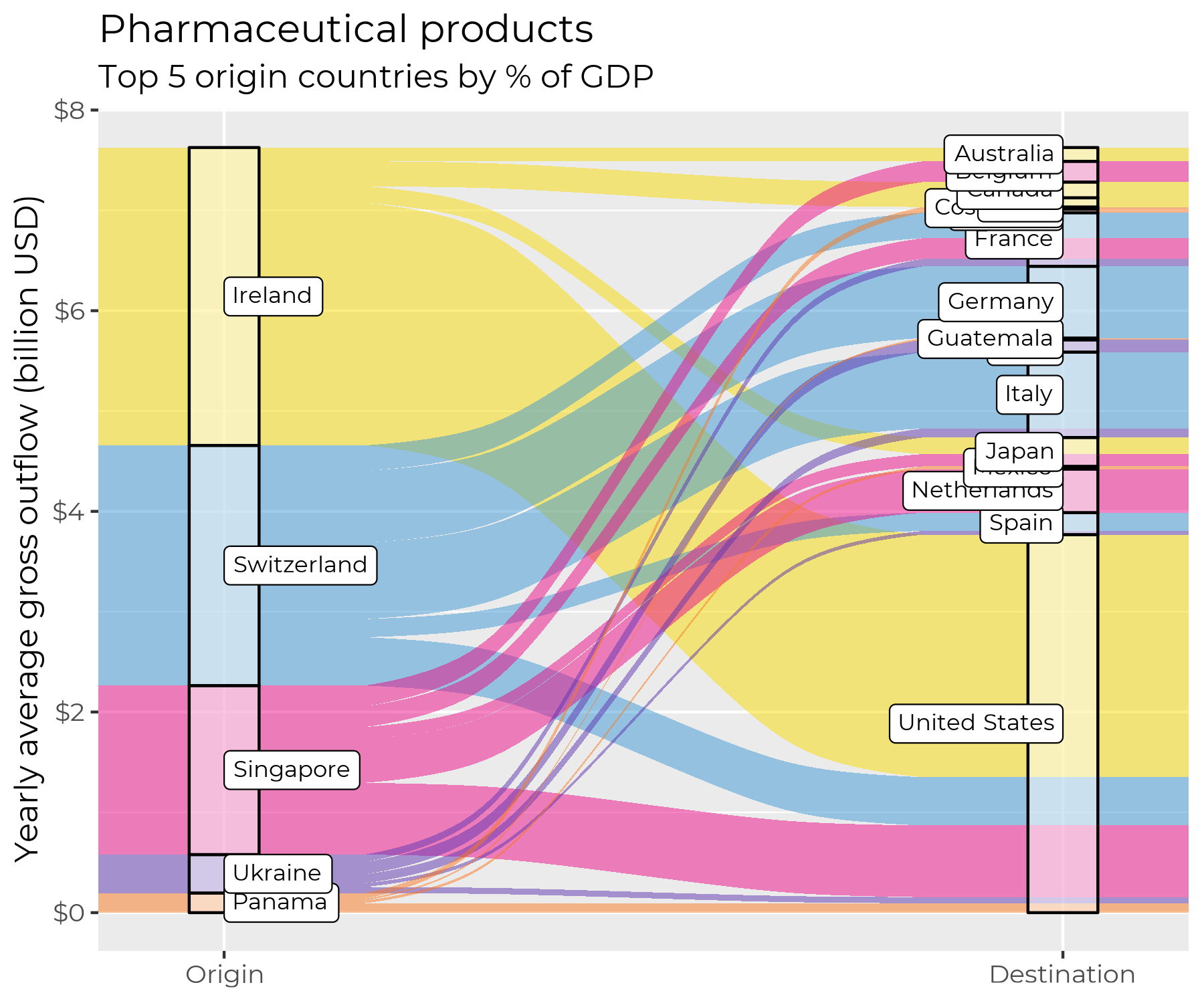 Finally, the “atlas” can shed light on patterns of illicit trade that have been overlooked in existing academic research. For example, Botswana has been widely celebrated as a country that escaped the resource curse by carefully managing the revenues from its diamond mining industry. Yet, the “atlas” reveals that Botswana is in the top 5 of countries for illicit trade in the sector of Pearls, Precious Stones, and Metals, which suggests that existing accounts of Botswana’s good governance of natural resources are missing part of the story. 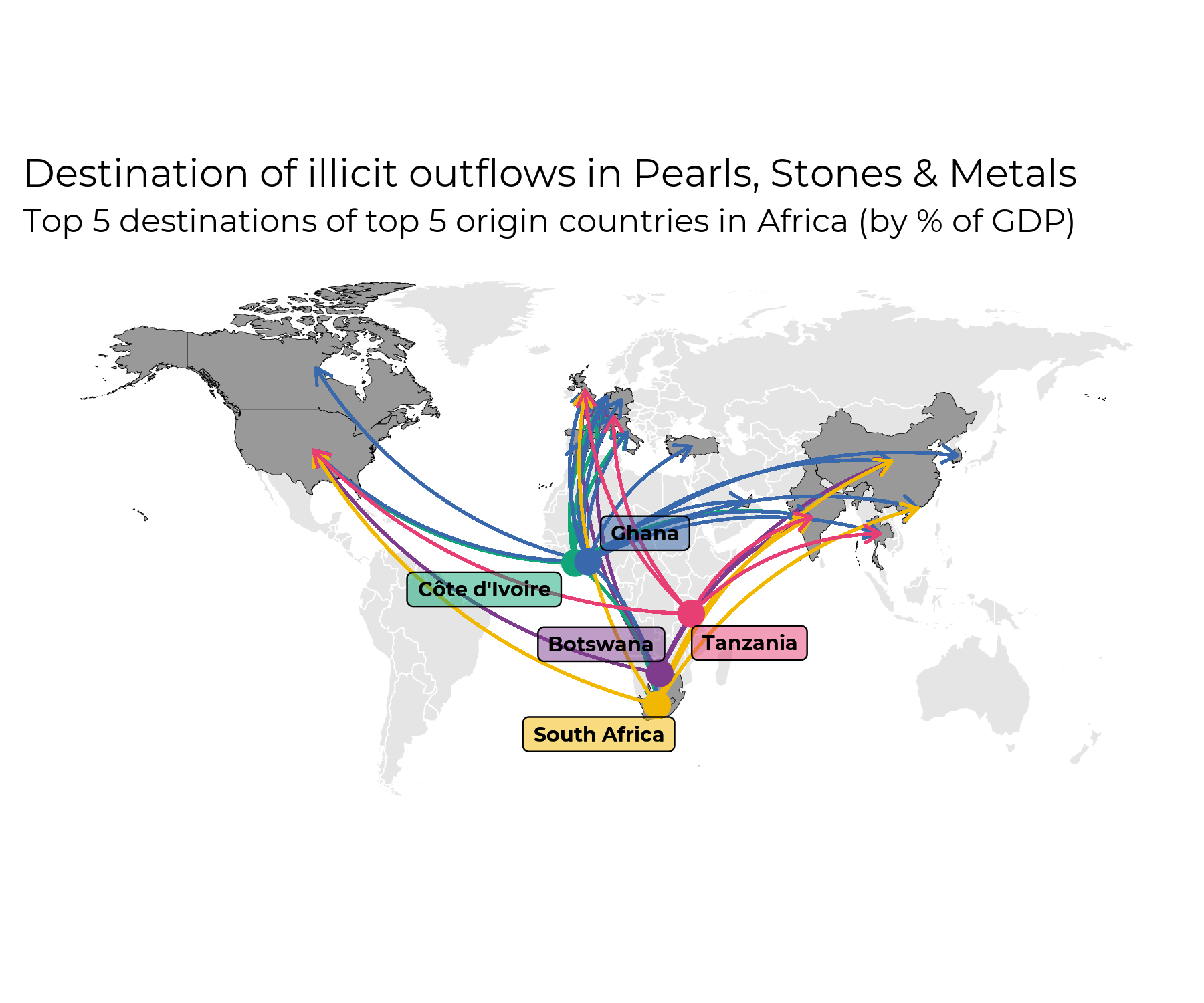 My work on trade misinvoicing provides estimates of the scale of misinvoicing, i.e., a dollar value. A complementary stream of work, joint with Alex Cobham, provides a risk-based approach to IFF.

Abstract. “Illicit financial flows” (IFF) is an umbrella term for a broad group of harmful, cross-border economic and financial transactions, comprising two main types: illegal capital IFF (those based on the theft of state assets and the proceeds of crime), and legal capital IFF (those based on tax evasion and avoidance, or regulatory abuses). Most research to date has focused on estimates of scale and harmful impacts. But scale estimates do not typically provide the granularity to support policy prioritization at the national or regional level. A complementary or alternative approach to seeking indicators of scale can be found in a risk-based approach. This has the potential to offer both a more granular analysis, and also to go beyond overall monitoring and accountability, to support policy prioritization at the national level. The central idea behind this approach, pioneered in the work of the High Level Panel on Illicit Financial Flows from Africa (African Union and United Nations Economic Commission for Africa, 2015), is this: because illicit financial flows are, by definition, hidden, the likelihood of an illicit component will be increasing in the degree of financial opacity in any given transaction. Combining measures of the financial opacity offered by individual jurisdictions with bilateral data on trade, investment and banking relationships, we present a new dataset allowing comparative analysis of IFF risks facing individual countries. We show that there exists large variation in the range of vulnerabilities facing different countries and regions, with clear implications for the most important areas for policy response at each level.

This methodology and dataset is used by the Tax Justice Network in their Illicit Financial Flows Vulnerability Tracker.

Zooming in on Africa and Latin America

We use this methodology to estimate the vulnerability and exposure of African and Latin American countries to IFF risk. We present risk profiles for individual countries, which allows for granular comparison of IFF risk across countries and by channel, and highlights the partner jurisdictions where IFF risk is the highest. We provide guidance for policy-makers on policy areas to prioritize in order to combat IFF in these regions. See here for the report on vulnerability and exposure to IFF in Africa and here for the report on Latin America.